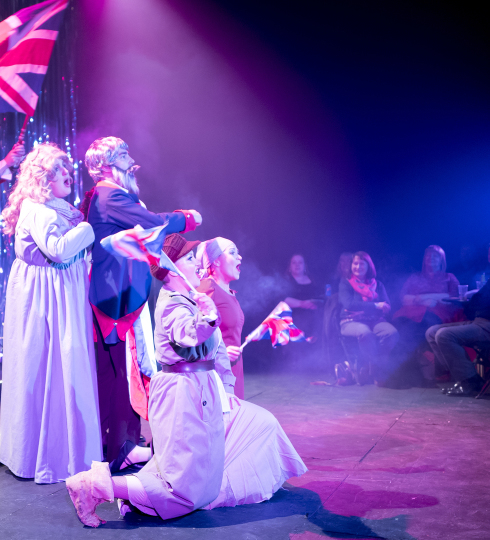 Artform is an amateur theatrical production company, currently resident at the professional venue The Broadway Studio,London SE6. Our aim is to perform lesser-known and neglected shows, plays and music; or those requiring a smaller cast and venue.

Founded in 1985, we have performed an eclectic mix of shows, including musicals, plays, revues and dance, at a variety of venues in south-east London. The company went into hibernation for eight years in 2004, after which the current Board relaunched Artform with Sondheim's 'A Little Night Music'.

This was followed by 'Avenue Q', 'Into the Woods', 'Forbidden Broadway', 'A Funny Thing Happened on the Way to the Forum', 'Blood Brothers', 'Assassins', The Diary of Anne Frank' 'Sweet Charity', 'Oh What a Lovely War', and 'The Last Five Years', all of which have continued to enhance our reputation for very high standards of presentation and performance.

We aim to present two or three productions every year, as well as social and fund-raising events.