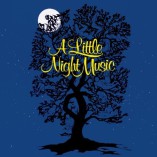 A Little Night Music is a romantic farce about the lives of several upper middle-class couples in early twentieth century Sweden. With music and lyrics by Stephen Sondheim, it features his best-known song Send in the Clowns, with all musical numbers in three-quarter time.

The book by Hugh Weldon is based on the Ingmar Bergman film Smiles of a Summer Night. After an evening of sexual musical chairs, the couples which were mis-matched at the start, end up with more desirable partners by the final curtain.

Reviews of 'A Little Night Music'

On this dank and freezing Saturday afternoon we went to the Catford Broadway Theatre to see Artform’s production of Sondheim’s ‘A Little Night Music’. This was an enchanting few hours, a revelation of terrific musicality and lightness of touch, which deserved to have the house bursting at the seams. The weather was the only villain here, and I recommend you to make the time to see it before it finishes. The whole ensemble was cast perfectly, the director bringing out a delicate balance of comic and touchingly elegant moments. The serious themes that Sondheim examines here... that of the whole ‘La Ronde’ circle of love in all its guises, were gradually teased out through the sensitive acting of the whole cast. There really was not one weak link. The live orchestra (onstage but subtly woven into the texture of the action) was beautifully arranged and felt totally integrated alongside the strong vocals of the whole company. Those of you who are familiar with the piece will be refreshed by the integrity of this production that life is extraordinary and as the song goes... ’Just when you think...it’s always in the timing.’ Go see to be reminded.

Last Saturday matinee I went to see Artform’s production of Sondheim’s A Little Night Music. It is a piece I will admit to not knowing particularly well and I was very excited to see it staged. Now, having seen it, beautifully performed in the Studio Theatre at Catford, I can say I am very much a fan.The production was extremely well executed with crystal clear storytelling and some quite beautifully pitched performances and attention to detail. A simplistic set was the perfect framing devise for the more intricate costuming. This meant the acting choices and the interaction between the characters became the core of the piece.There were so many beautiful moments but a few that stand out included Rebecca Clow as the ill-suffering Charlotte and Jane Kerfoot as the passionate Desiree Armfeldt. Both played their roles with such grace and elegance, bringing a real sense of period and stylistics to the production. The scene between Fredrik (Chris Arden) and Desiree in her dressing room was executed to perfection. Benjamin Essenhigh as the down trodden Henrik not only played the role incredibly well but also played the cello as the role required. Very impressive! I should also mention an incredible music line up with the very strong band that included a beautiful harp! Not many big scale shows can confess to having one of them, so to hear one was simply stunning.